Women and men in management in the economy are differentiated by many prejudices:

The male management is perceived as sharp, practical, and matter-of-fact, adhering to the organizational hierarchy and taking risks. Management by women is generally perceived as being intuitive, empathetic, inclusive, taking fewer risks, delegating authority and rewarding.

Stereotypes are based on misconceptions, as in reality both exist.

Furthermore, women who wish to run organizations in the year 2022 will also have to deal with being women on more traditional levels – being mothers and wives, running a household, raising children, etc..

A program dedicated to empowering women has been developed by the Global Group Gaash.

Due to this relationship, about 60% of senior management positions are held by females, including the group’s founder Dalia Simji, Gaash Worldwide CEO Yael Sigman and the head of the human resources division, Meirav Rosen.

A study published in the Harvard Business Review found that women are ranked higher than men in all categories that define outstanding or exceptional leadership, in taking initiative, managing crises and striving for results.

Indeed, in the Covid 19 crisis, the evidence on the ground spoke for itself – the Gaash Group managed to leverage itself during the crisis and gain tremendous achievements in the company’s development, with an emphasis on eCommerce companies working with end customers inside and outside Israel.

And yet – when we look at the top leadership of companies in the economy, we will realize that the percentage of women in them is declining.

While women make up 50% of the population, they make up less than 10% of senior management positions. Some are blocked by a glass ceiling, others because of prejudices, erroneous and fixed assumptions, or a chauvinistic tradition in the organization.

It is a phenomenon that is uncommonly eradicated in the Gaash Group – the group’s founder Dalia Simji believes that equal representation is integral to the entire economy, and that the company’s organizational culture guides its values.

At Gaash Group, it became clear that female management is the right and effective management for days filled with questions, concerns, and challenges.

These are exactly the days when flexibility and empathy are needed, and specifically the ability to give hope that someone can be trusted.

Having over 20 years of expertise in eCommerce logistics, import / export services, international shipping, and cargo insurance; by focusing on responsible transportation, the Gaash Group has become one of the leading companies in the field of electronic logistics in Israel; Gaash strives to provide its customers with  the highest standards of custom solutions.

Thanks to its management based on the values of female empowerment, the group has managed to leverage itself during the Corona crisis.

For the past two decades, the group has pursued its vision to be a leading company in the industry and expand into new markets around the world.

Among the group’s goals is to make gender equality a norm.

Nevertheless, today’s consumer environment is increasingly dependent on changing technology, which is why Gaash recognizes the need to offer technological solutions to eCommerce logistics.

Gaash therefore relies on the most advanced solutions in the field of software and technology systems, and continues to invest in the development of the technological aspect while maintaining a stable and permanent SLA, and a commitment to the shortest service time from the moment the cargo arrives in Israel to the customer.

Thanks to real woman empowerment lead Gaash group has come to understand that as a company with extensive experience in the world of fast deliveries, whether it is sea shipping, air shipping or couriers, the company must be the most attractive to its business partners and provide the most professional, reliable and efficient service. 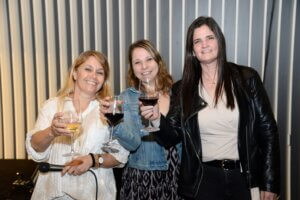